2009 Subaru Outback 2.5i
Joined Mar 24, 2010
·
274 Posts
The broken off plastic tabs from the Rear Gate Board are pretty common...rendering the rear gate board useless, and allowing would-be thieves a partial view into what's in your wagon's trunk. My old '05 LGT Wagon had a broken one, and my current '09 Outback 2.5i (that I picked up from my Dad when he replaced his car with a newer '17 Outback) came with a broken one as well.

Not wanting to spend the $$ for a new one, I searched junkyards, etc for a decent used one to no avail. Most of the ones I found also had one or both plastic tabs broken off as well. After seeing another pic somewhere where someone repaired their gate board with some hardware, I decided to do the same and document it for other that might want to go the same route.

Unfortunately I didn't take any pics of the damaged pieces before I disassembled them, but basically you have to separate the 2 halves of the end pieces on the gate board. They look like this when separated: 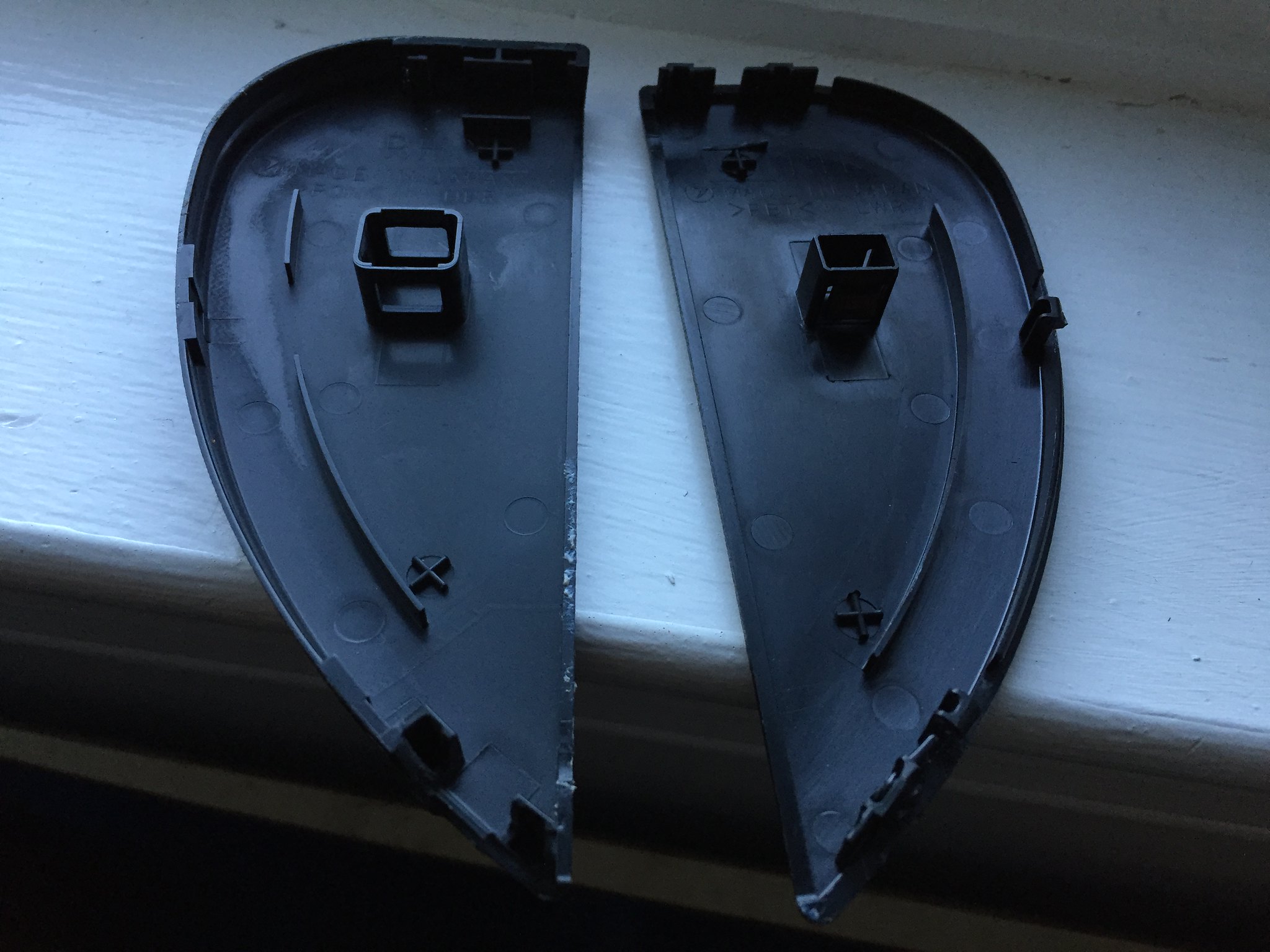 You cans see that they are held together by a few spots around the edge of the pieces that snap together as well as a larger clip in the middle. Next step was to find some hardware that would work to replace the broken plastic posts. I brought one of the broken-off plastic posts to Lowes with me and found that these #10-24 x 1/2" round head screws match it pretty closely: 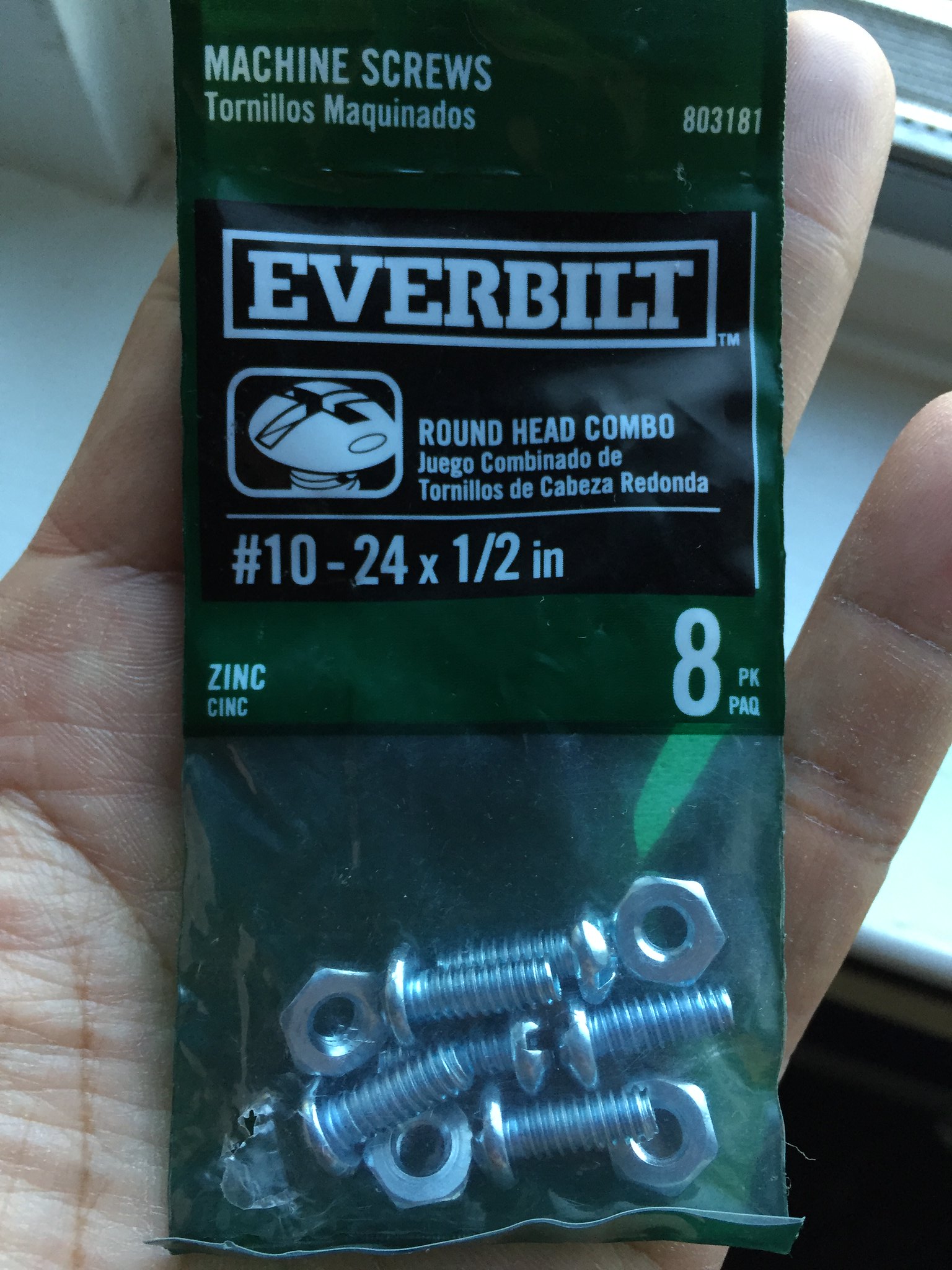 My plan was to use one nut inside of the plastic assembly that the screw would thread into and use a nut on the outside as a jamb nut to hold it tight. Also planned to permanently glue the nut inside of the plastic assembly. In order to achieve this, I found that I had to grind down the 2 sides of the inside nut so it would fit and be centered in the space where the screw should sit: 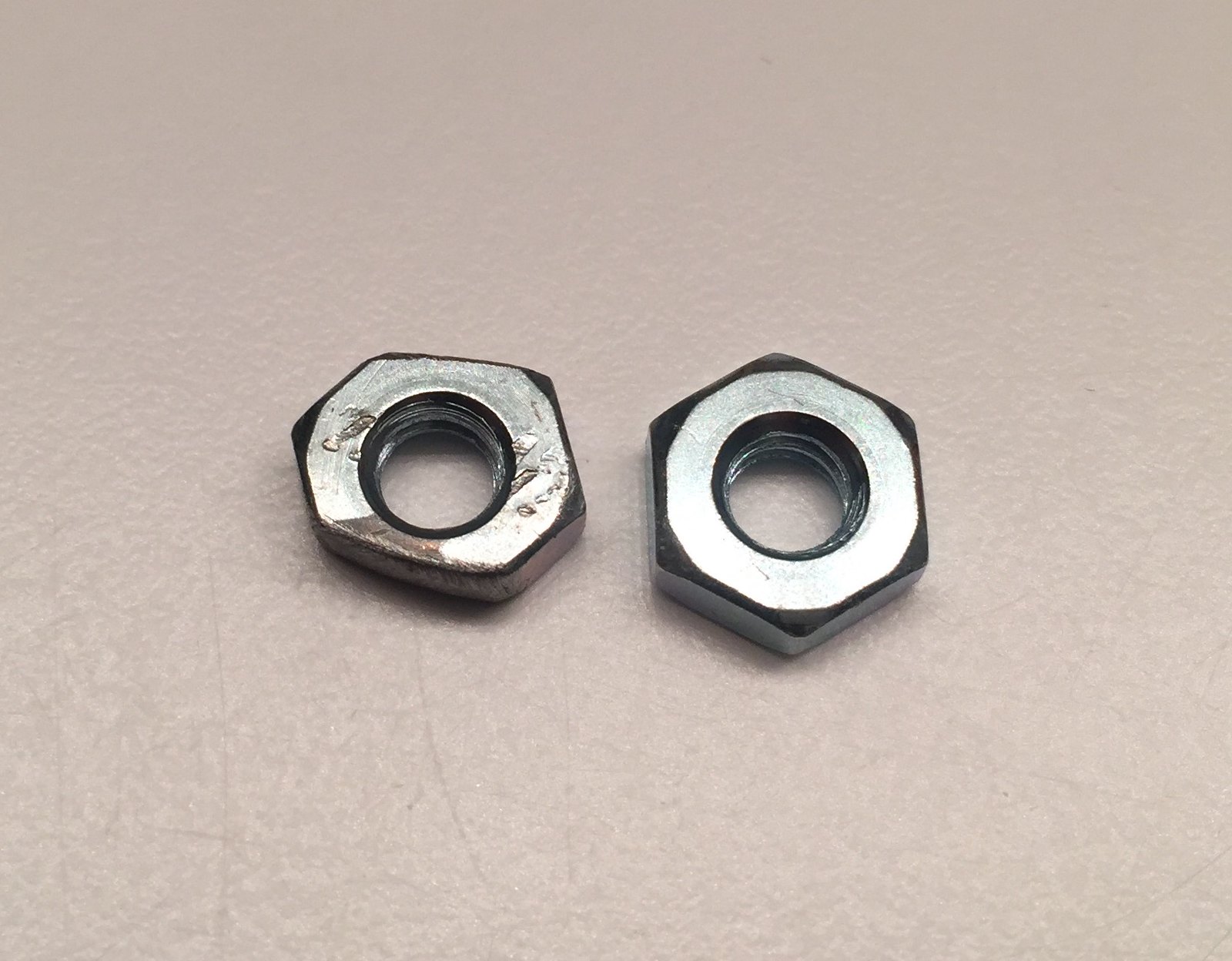 Then the pieces could be test fit into the plastic: 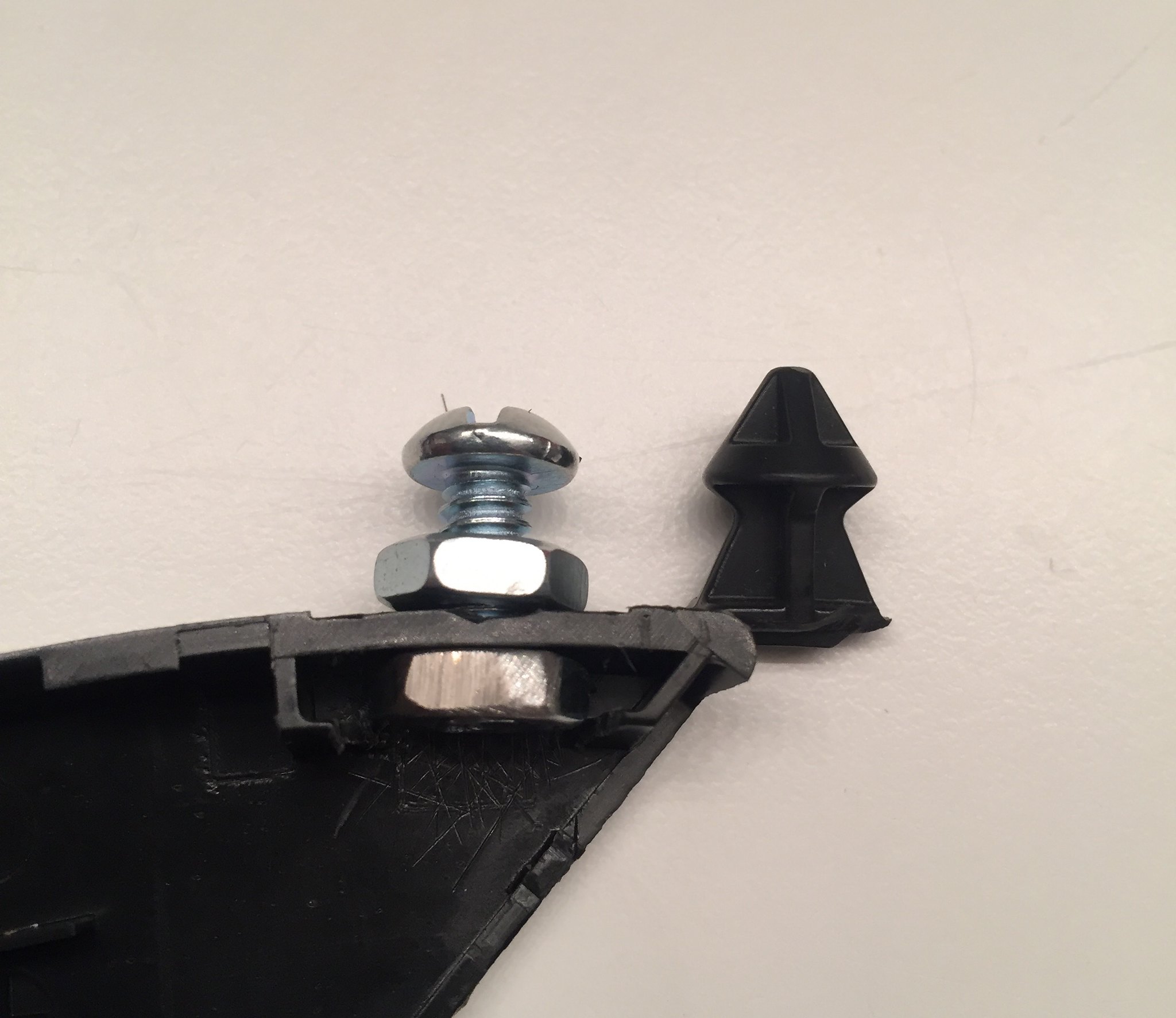 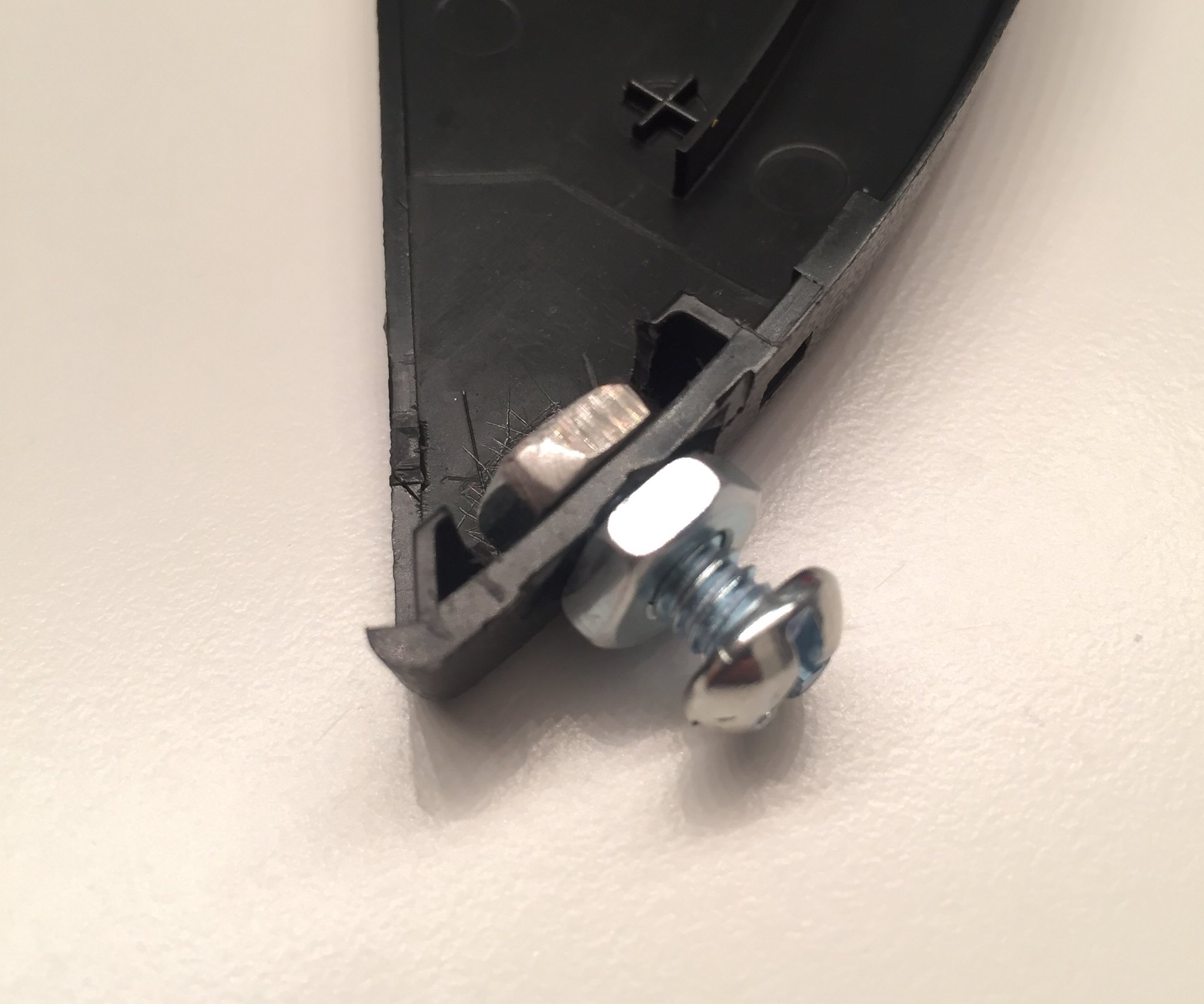 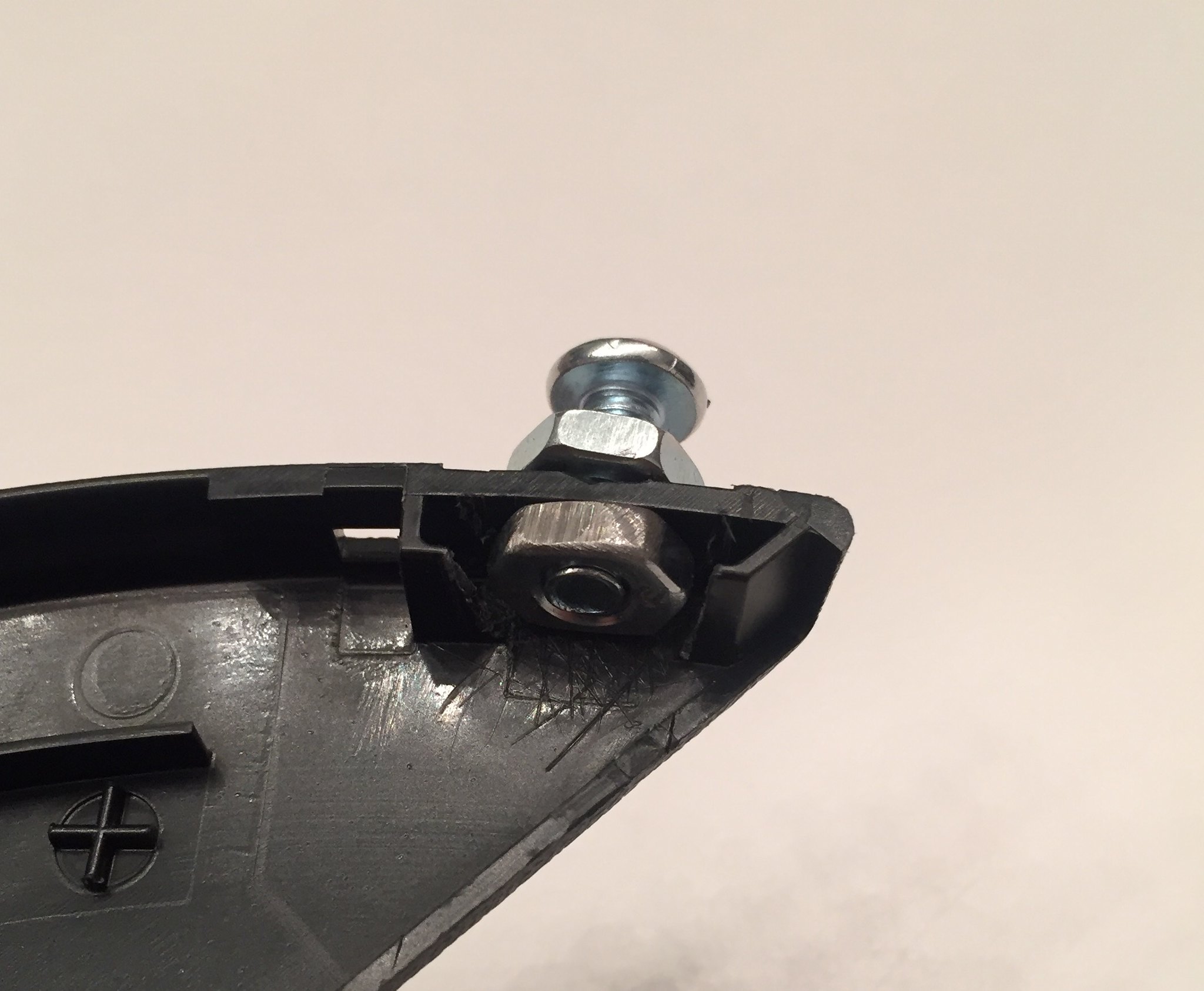 Once I was happy with how they fit, the inside nut could be glued into place. For this I used some JB Weld: 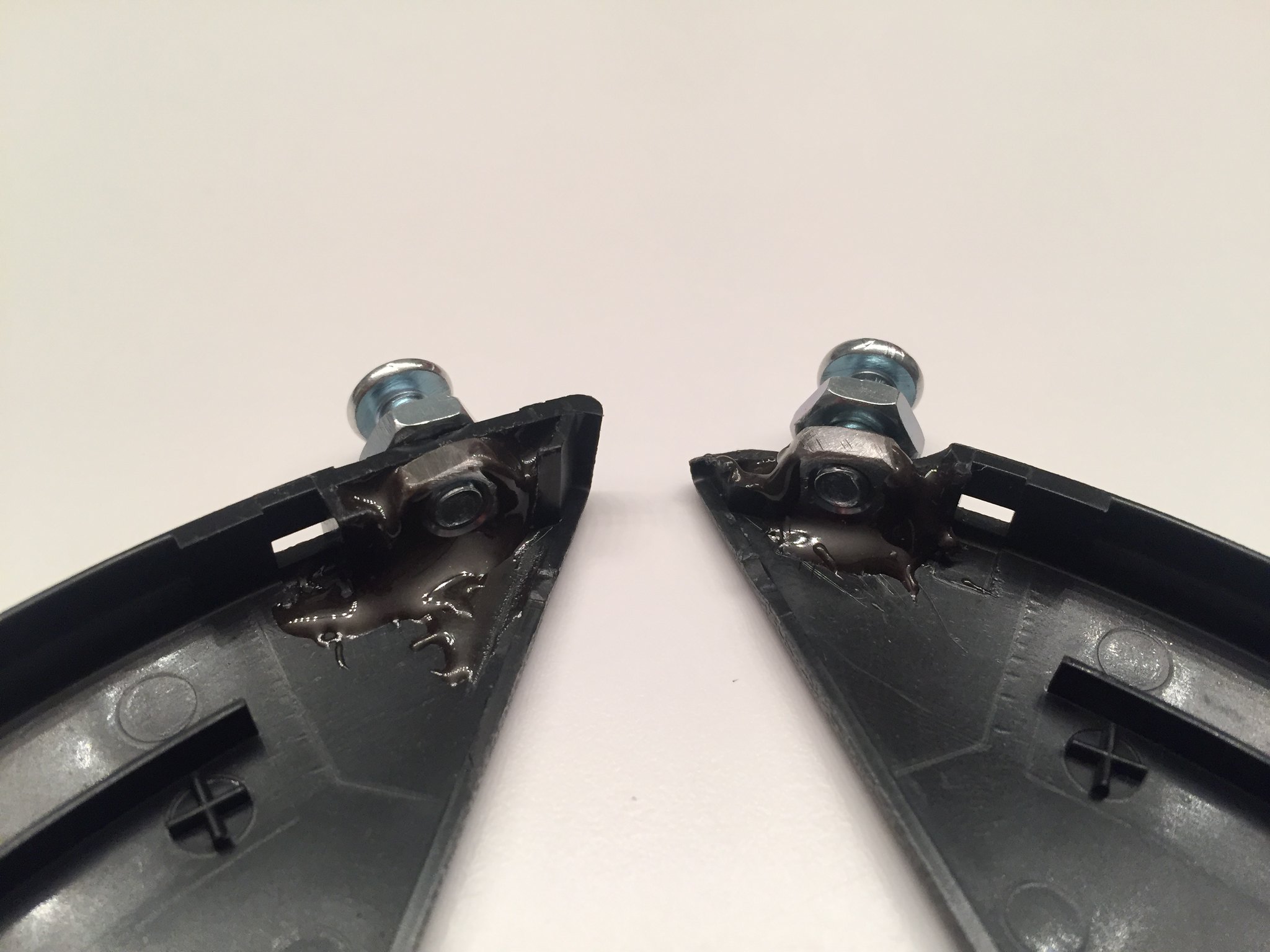 Once those were glued into place, the gate board could then be reassembled and everything adjusted to the correct length: 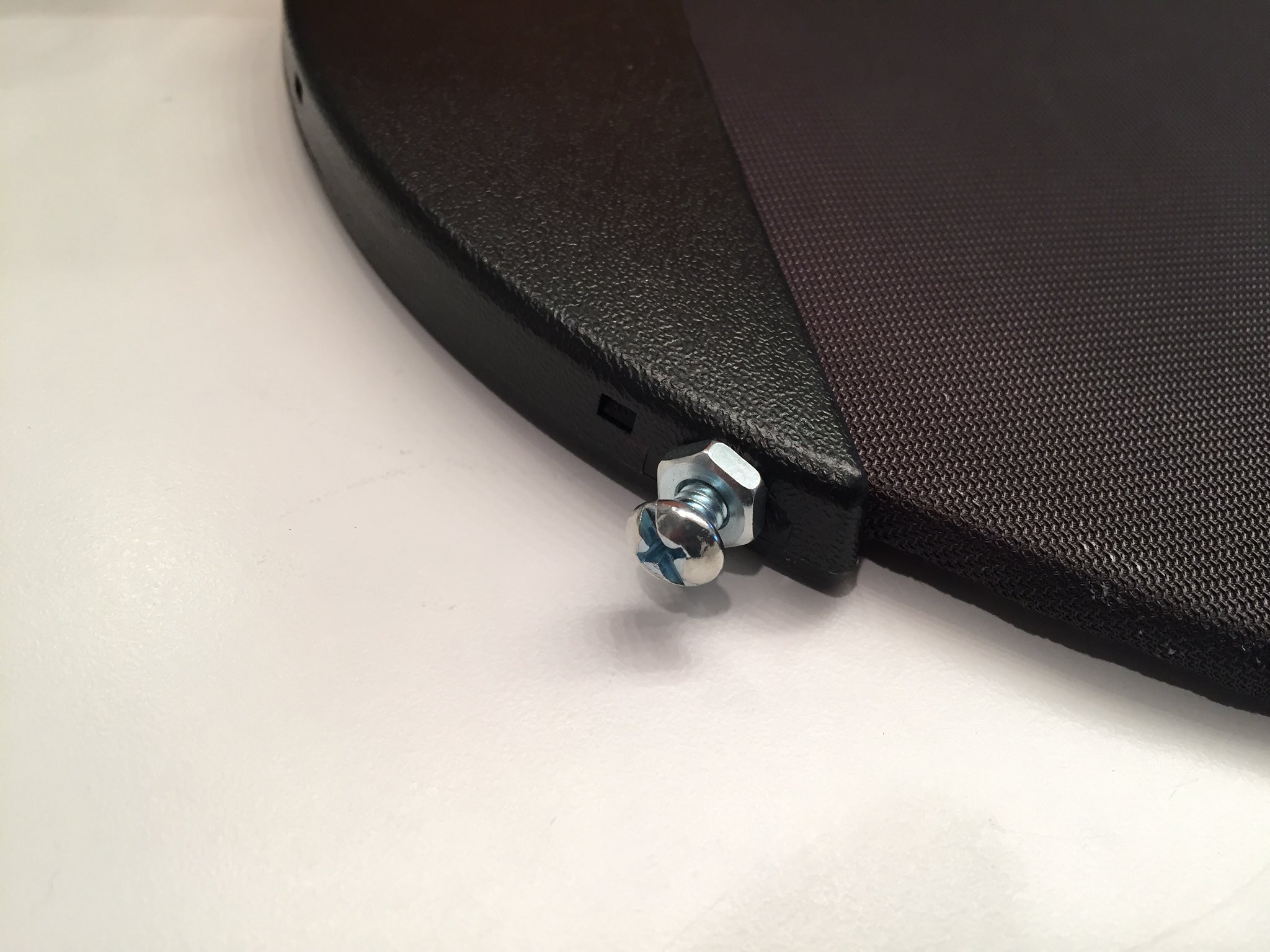 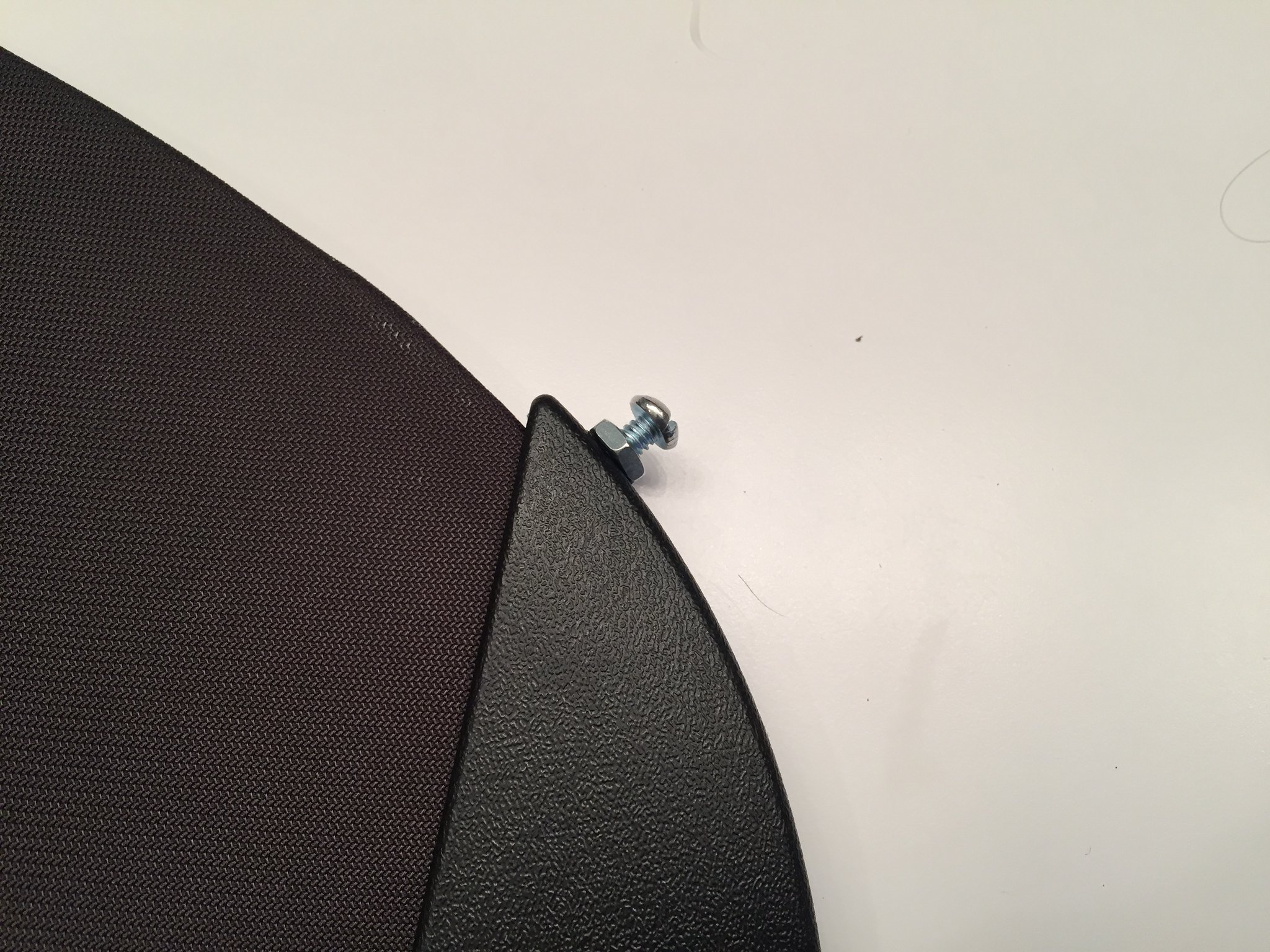 Once everything was back together and adjusted, it could then be re-installed back into the tailgate of the car. Everything snaps into place light the original plastic tabs did: 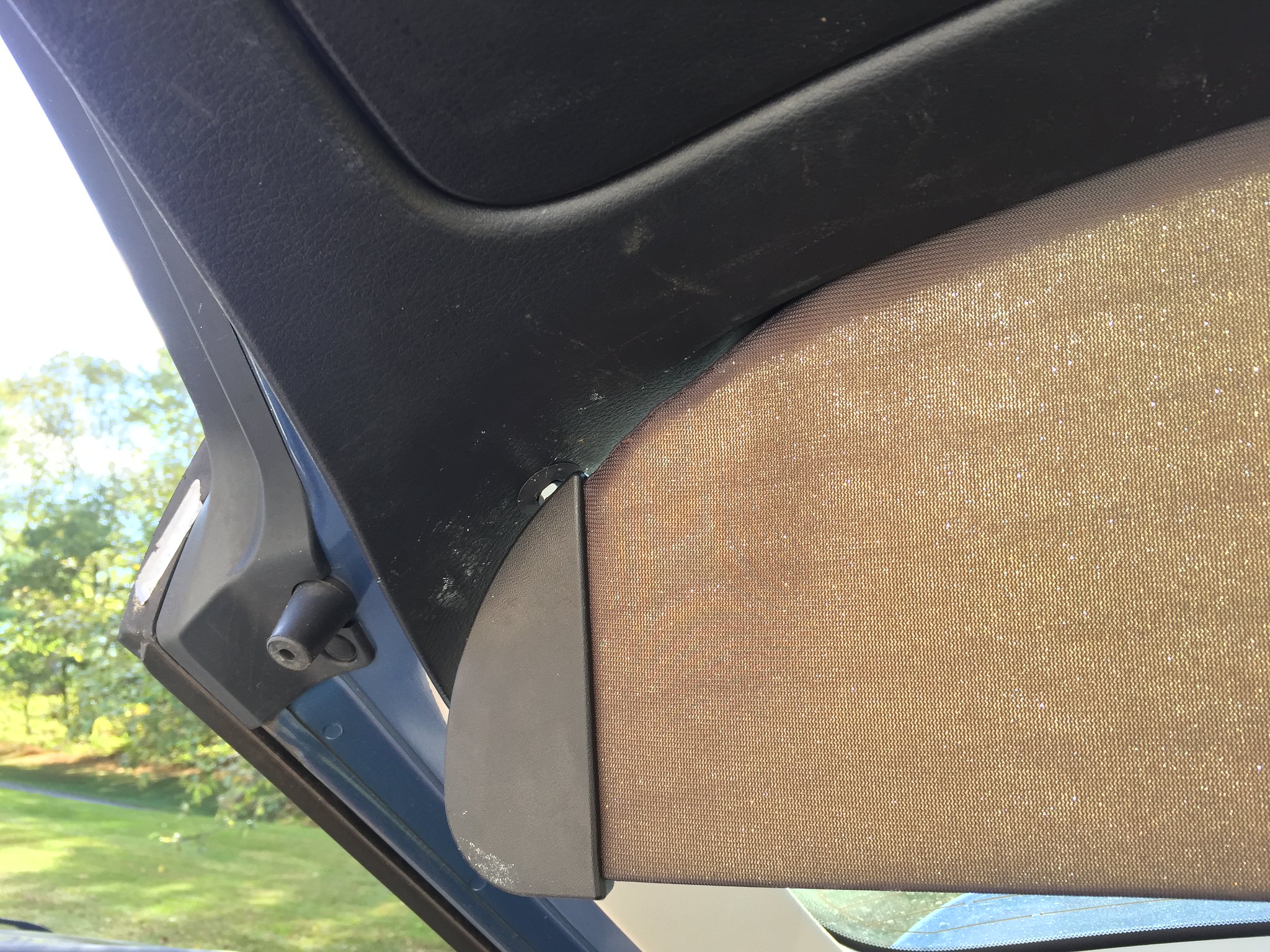 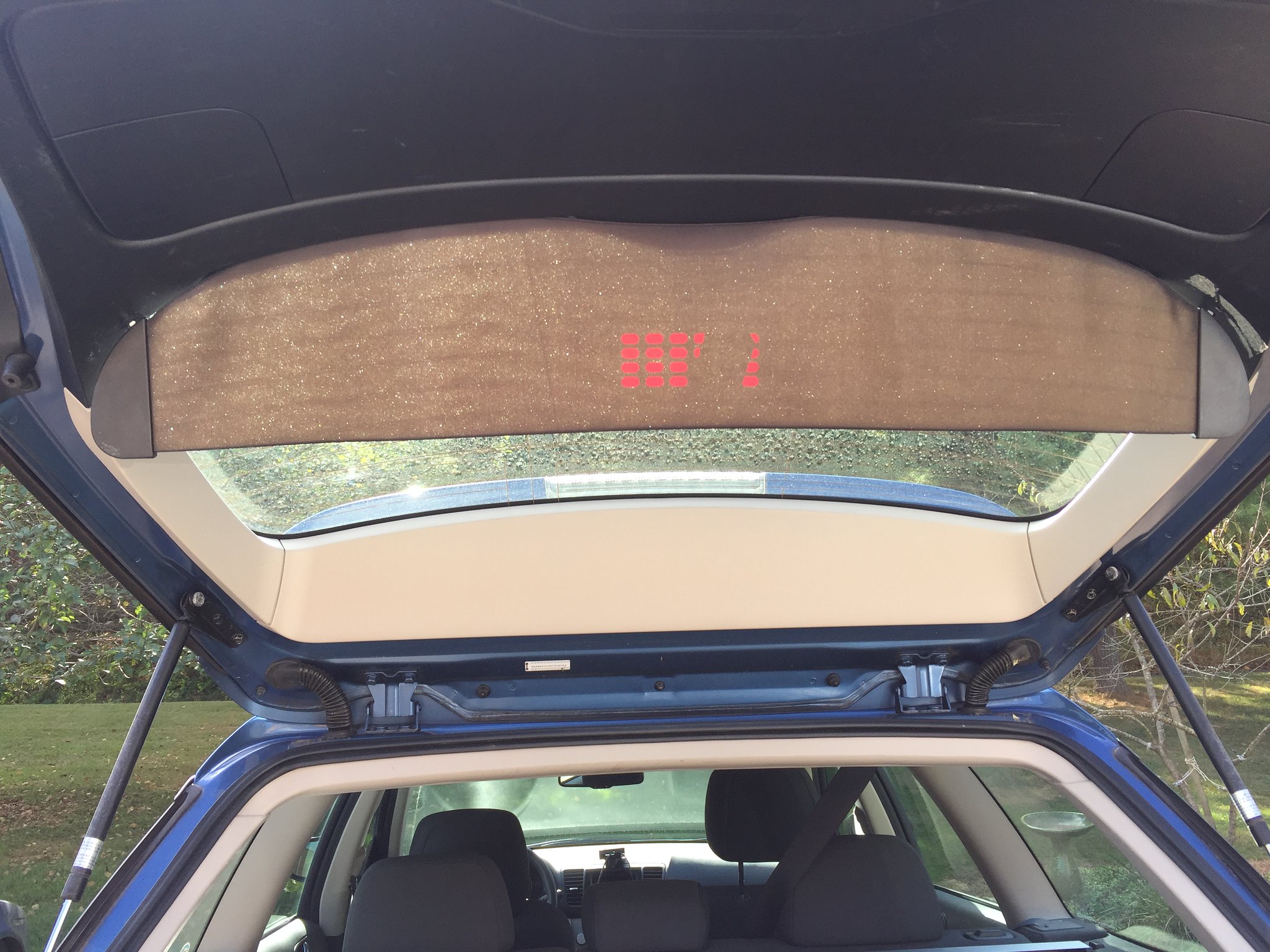 Success! I once again have a fully functional Rear Gate Board without spending much...maybe a few dollars in hardware and epoxy adhesive!
The only thing I might change in the future is to remove the jamb nuts and grind them down so they have a smaller profile. As it sits...they kinda push the gate board outward a bit so it doesn't sit completely flush. functionally it's fine, but I notice it and i'm a bit of a perfectionist. Heh.

Anyway, I Hope that helps others that may want to do the same. Any questions....feel free to ask here or PM me.
1 - 1 of 1 Posts
Join the discussion
Continue with Facebook
Continue with Google
or sign up with email
About this Discussion
0 Replies
1 Participant
Last post:
atchipmunk Oct 8, 2017
Subaru Outback Forums
Welcome to the Subaru Outback Owners Forum, we have tons of information about your Subaru Outback, from a Subaru Outback Wiki to customer reviews.
Full Forum Listing
Explore Our Forums
Gen 5: 2015-2019 Gen 4: 2010-2014 Problems & Maintenance General Discussions Gen 3: 2005-2009
Recommended Communities